Will the EU impose tariffs on UK for perceived Brexit breaches? 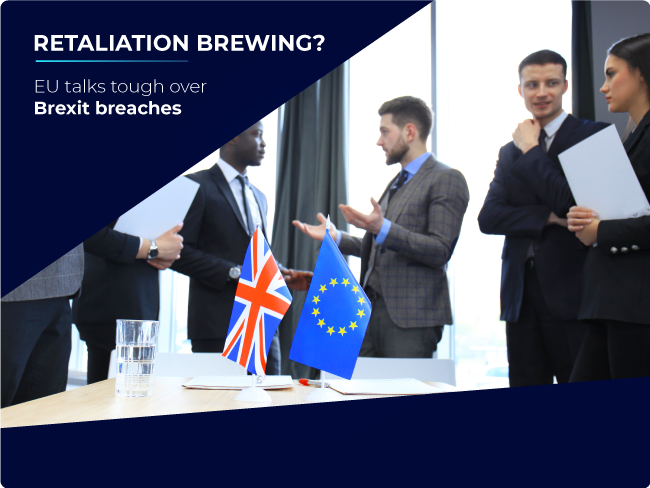 Writing in the Telegraph, European Commission Vice President Maros Sefcovic warned that “the EU will not be shy in reacting swiftly, firmly and resolutely.” Sefcovic said that the EU perceives “fundamental gaps” in the UK’s implementation of the Brexit agreement.

Only some measures have so far been instituted. However, traders have already reported difficulties meeting the requirements.

EU officials have insisted that the Protocol must be fully implemented. That comes after the UK unilaterally postponed border inspections, a move which provoked the ire of Brussels.

According to the Telegraph, the UK is now considering unilaterally extending the grace period on the movement of certain meat products.

Could the EU impose tariffs?

The EU has hinted at a potential hard line in retaliation to perceived UK breaches in the Brexit deal. However, it is not clear at this point what, if any, action the EU will take. In terms of the Brexit deal, either side is entitled to impose tariffs in certain circumstances.

Were the EU to impose tariffs, it would be a potentially significant blow to industry  as the UK-EU trade agreement provides for tariff-free trade, under specified conditions.

However, the EU could also take less drastic action. For instance, European lawmakers could decide to suspend certain cooperative arrangements, such as data sharing programmes.

Northern Ireland business in the lurch

Businesses in Northern Ireland have called for a speedy resolution to the high-level diplomatic standoff.

Local businesses face practical difficulties adapting to the new border regimen. Uncertainty over implementation can only be a hindrance to effectively preparing for new regulations.

Northern Ireland business representatives have urged EU and UK diplomats to work together to find a solution to the ‘technical problem’ of the Northern Ireland Protocol.

Of course, the potential consequences of the negotiations extend beyond Northern Ireland.  Were the EU to impose retaliatory tariffs on the UK, businesses in Great Britain would be directly affected. Moreover, the UK would presumably respond with corresponding tariffs that would affect EU companies that export to the UK.

Even at this relatively late stage, the Brexit situation remains fluid. Rather than a one-size-fits all approach, businesses that trade between the UK and EU need efficient, flexible solutions that adapt to their needs, and to a dynamic political and economic situation.

re:TRADE, powered by VAT IT, is an integrated service that manages all the border compliance, customs, VAT and logistics for you. We can customise an effective solution for your business that minimises costs, maximises VAT reclaim opportunities and prevents border delays. 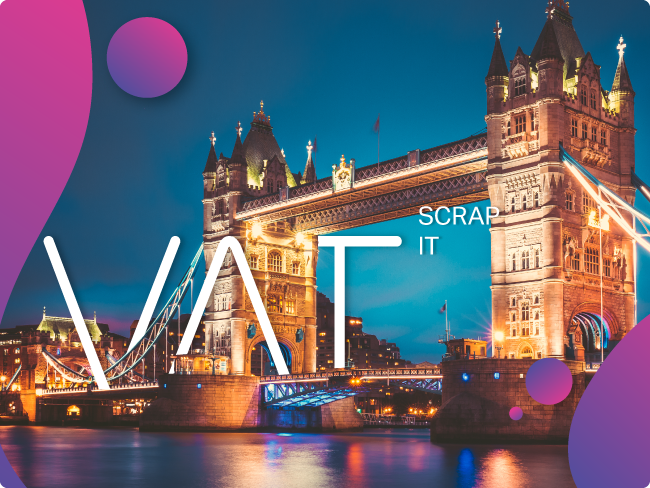 The UK is scrapping VAT on energy saving materials installed in homes. UK homeowners who install materials and technologies such as heat pumps, solar

END_OF_DOCUMENT_TOKEN_TO_BE_REPLACED

Poland offers customs and VAT relief for aid to Ukrainians

END_OF_DOCUMENT_TOKEN_TO_BE_REPLACED 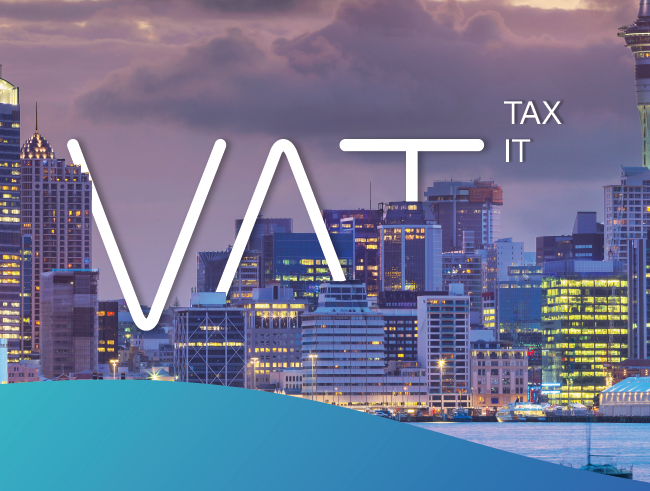 Will New Zealand lower the GST threshold to meet the gig economy challenge?

New Zealand wants to update its tax rules to meet the demands of the gig economy. A new document includes an intriguing possibility: will authorities