Time for a VAT Czech! Get up to speed with the latest VAT updates in the Czech Republic and see what’s in store for 2023. From increased thresholds to potentially new tax brackets, here’s what you need to know.

The Minister of Finance of the Czech Republic has proposed an amendment to the VAT Act, which included significant changes that affect the VAT treatment for entrepreneurs. The amendment was approved by the Chamber of Deputies and referred for further discussion at the next Senate meeting. The proposal includes, among other things, an approved VAT mandatory registration threshold increase to 2 million CZK for the self-employed.

What does this mean for entrepreneurs in the Czech Republic, and when will the proposed increase come into effect? Here's a closer look at the most recent changes in Czech VAT treatments.

To register for VAT purposes in the Czech Republic, you must reach an annual turnover threshold of 1 million CZK. However, as of 1 January 2023, the current threshold will effectively double, and entrepreneurs must reach a yearly threshold of CZK 2 million (about EUR 80,000+).

The current threshold (1 million CZK) was initially introduced in 2004 when the Czech Republic became an EU member state. In the 18 years that followed, the threshold remained unchanged.

The European Council has permitted the Czech government to raise the VAT registration threshold. If the implementation is successful, the change will take effect from 1 January 2023 to 31 December 2024. However, it should be noted that the new threshold increase will not apply to non-resident businesses, which must still follow an unchanged VAT treatment.

In addition to the approved threshold limit for mandatory registration, the Ministry also proposed an amendment to the Income Tax Act. The amendment aims to increase the income limit for applying the lump-sum tax regime. The increase will also be from 1 million CZK to 2 million CZK.

However, the proposed changes are wider than the VAT threshold increase. Unlike now, the proposed lump-sum regime amount (including security and health insurance contributions) will differ between taxpayers. This follows the introduction of several new taxation levels. Three newly introduced brackets will determine the number of monthly advance payments. This will be based on the annual income threshold and the applicable expense allowance.

This proposal has yet to be formally approved by the Senate, and is likely subject to change during the comment procedure. It should also be noted that certain public authorities have shared their reservations about the technical feasibility of the proposed changes to the lump-sum regime and the practical implications thereof.

Cancelling VAT registration due to the threshold increase

If individual entrepreneurs are already registered for VAT (as they exceed the current 1 million CZK threshold), there is a likelihood that they will no longer be eligible after the threshold increase. In this case, entrepreneurs will be allowed to request the cancellation of VAT registration. However, to successfully cancel their VAT registration, they must prove that their income will not exceed the new threshold for 12 consecutive months.

As stated in the transitional provisions, VAT payers now under the threshold who have received confirmation of registration cancellation before 16 January 2023 will no longer be considered VAT payers. Therefore, they will be allowed to apply to the lump-sum VAT regime from January 2023.

Navigating the new changes can be tricky, especially without certainty of which changes are confirmed and which may be subject to change. Contact our experts here for more information on VAT registration and recovery in the Czech Republic.

Are you gearing up for a smooth ride in 2023? First, double-check that you're up to date with the newest changes regarding VAT on electric vehicles

END_OF_DOCUMENT_TOKEN_TO_BE_REPLACED 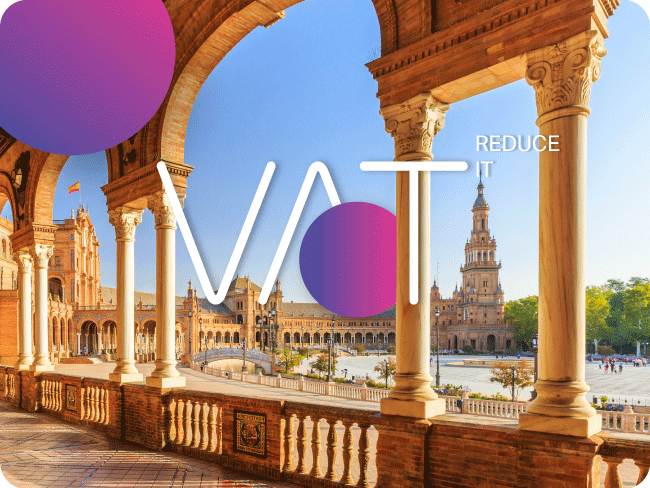 Spain reduces the scope of the Use and enjoyment rule

New year - new rules, as Spain welcomes modifications to the scope of the 'use and enjoyment' rule following the approval of the Budget Law for 2023.

END_OF_DOCUMENT_TOKEN_TO_BE_REPLACED

Although Non-Fungible Tokens (NFTs) have been around for quite some time, many countries still offer very little guidance regarding their VAT